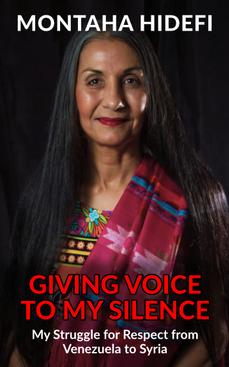 Montaha’s Groping for Truth – My Uphill Struggle for Respect, is a gripping #MeToo movement-inspired memoir that recaps the staggering story of sexual harassment and violence she endured throughout her life. The abuse began at the hands of her own mother and people from her community and then followed her around the globe. The author’s pain is palpable as she recollects the rollercoaster of emotions of a childhood shattered by physical abuse and mental manipulation and decades of unwelcome sexual advances, groping and assault – even attempted murder. She shares her journey of grappling with the pain and internal demons that resulted in phobias and rebellion against old traditions.

This is the story of the transformation of a mistreated young girl and battered woman who refused to succumb to the cycle of violence and used the scars of childhood abuse as motivation to create a better life. Through sheer determination, Montaha pursued higher education and rose to the level of global executive, a victory over her abusers. It’s an inspiring story of love and perseverance in the quest for respect as a female in a male-dominated society.

Giving Voice to My Silence is a re-release of Hidefi's original memoir, Groping for Truth, and includes updated and new content. It is available on Amazon, Barnes & Noble and Chapters/Indigo and other online stores and is also available for order at any retail bookstore. ​
​ 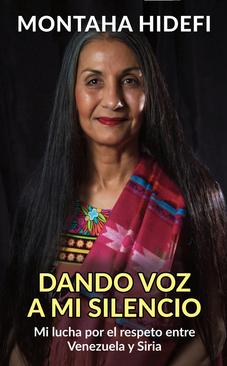 Montaha Hidefi, author of Giving Vocie to My Silence, was born and raised in Venezuela to Syrian immigrants. As a teenager, her family returned to Syria, and as an adult she lived in the United Arab Emirates, the Netherlands and Canada.

From an early age, Montaha found comfort in exploring the vivid colours of her tropical surroundings. She began writing during her teen years in Syria, where the culture shock she experienced was so overwhelming, she confided in a diary, waging an ongoing debate in an attempt to understand the upheaval in her life.

Through sheer grit and determination, she overcame huge obstacles to become a well-educated, highly respected business woman in her field. She has co-authored books and written numerous articles related to her industry and profession for various trade magazines and websites. She is also an experienced trend panelist and contributed to the creative development of several trend books including MoOD Inspirations in Belgium, Dutch Design Week in the Netherlands, and Mix Magazine in the United Kingdom.

Montaha has several advance degrees, including an MBA, a masters in international business and a masters in translation. In 1991, her Arabic translation of the French children’s book, Badang l'Invincible, Les Contes du Griot, written in 1977 by Claude Duboux-Buquet, was published.

Montaha currently resides in Guelph, Ontario, Canada, with her husband, Michael Richter, a composer and sound engineer. Connect with the author on Facebook, Twitter and Instagram.

In a creative collaboration, a sound track was composed by Montaha's husband, composer, Michael Richter.

"He wrote it while I was practicing my reading before a signing event at the Bookshelf in Guelph," said Montaha. "I was reading out loud, and crying. He sat at the piano, and started accompanying me. He wrote it all in one shot, non-stop. It's a non-edited piece that encapsulated all my emotions at that specific moment. He's so talented."

Montaha suggests listening to the piece while reading her book to get the full impact.

The Spanish translation of Hidefi's memoir launched in December 2021. It is available on Amazon, Chapters/Indigo and Barnes & Noble.