Available now for pre-order at Indigo/Chapters, Amazon, and Barnes & Noble.

Marcia lived in India for most of her childhood. She attended Kodaikanal International School in South India, and spent vacations with her parents who worked in Andhra Pradesh. After graduation from Acadia University in Nova Scotia, Canada, her home for many years was in London, Ontario, where she worked as an early childhood educator and raised her family. The call of the sea brought her back to Nova Scotia, and she delights in sea kayaking, swimming in the ocean, and walking on the beaches. She lives in Dartmouth and has a wonderful view of the harbour.

Marcia writes middle grade novels and her first two books, Far From Home and A Privateer’s Promise (FriesenPress) launched in 2021 and 2022. Her next novel, Shanti Fights for Her Rights (OC Publishing), will be released in 2023. More information may be found on her website: marciabarss.com. 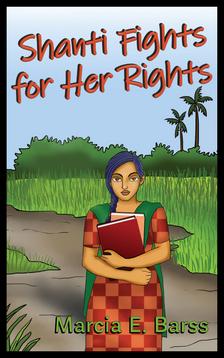 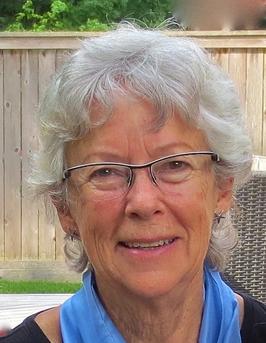 Fourteen-year-old Shanti’s home is in a village in eastern India, where her parents work in the rice fields. She attends school in a town forty kilometres away and hopes to become a teacher. But while she is home on vacation, her mother gives birth to another girl. Shanti’s father declares she must leave school to care for her baby sister. He also makes plans for Shanti to be married as soon as possible, despite the law against girls under eighteen being forced into marriage.

“Girls in rural India face many challenges because parents are not interested in investing in the education of their daughters. I have stopped many child marriages, but sometimes we don’t know the difficulties girls go through with their families. Balika sanghas are the only forums which help in bringing the girls together to voice their issues and help each other to achieve their dreams. I am sure those who read this beautiful story will realise the ill effects of child marriages and try to support girls.”