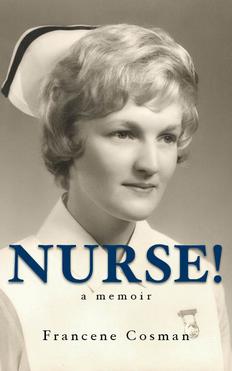 Emerging from a challenging and dysfunctional early childhood, Francene was determined to be strong and achieve goals that included continuing education and a career. She chose nursing and entered the three-year program at the Saint John General Hospital in New Brunswick. After graduation in 1962, she enrolled in a six-month post grad at the Margaret Hague Hospital in Jersey City, New Jersey, across from the lights of Manhattan. Her social conscience was awakened, and she participated in the black civil rights movement, joining in marches to support the cause of freedom and equality. At the age of twenty-two, she returned to New Brunswick and became the night supervisor of the obstetrical service (the delivery rooms), post-partum floor and the nursery of the Saint John General Hospital. Later, marriage took her to Fredericton and the Victoria Public Hospital, where she worked in the case room. Following a move to Nova Scotia, she worked in the former Grace Maternity Hospital in the case room, and later became the head nurse on the post-partum floor. After the birth of her second daughter, she retired.

Nursing provided strong foundational skills that underpinned future political involvement. A long political career ensued, first as a county councillor, then the first mayor of Bedford, NS. She was appointed president of the provincial Status of Women; four years later she chaired the task force on the concerns of women and became the executive director of the Liberal Party. In 1993, she was elected to the NS Legislature and became deputy speaker. In her second term of office, she was appointed to Executive Council as Minister of Community Services, Minister for the Civil Service and Minister of the Status of Women. She served six years on the board of governors of the Art Gallery of Nova Scotia.

She currently is the curator of the Scott Manor House in Bedford, enjoys painting, and still speaks out on community issues. 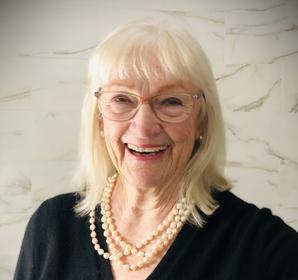 more about Francene in the press release.

Available from Atlantic Books, Amazon, Barnes & Noble and other online retailers or ask your local bookstore to order it in.