The third book in the Lily's Adventures series, Lily's Egypt Adventure,  released on November 1, 2022 and is available on Amazon, Barnes & Noble, Indigo-Chapters and more!

​In this book, Lily the Donkey’s Adventures with the Holy Family continue as they depart Bethlehem in the dark of night to escape King Herod's clutches. After crossing the desert, they arrive in Egypt and Lily’s Egypt Adventure unfolds as new and old animal friends join the entourage and learn and share lessons of love, kindness, and forgiveness.

Read more in the press release. 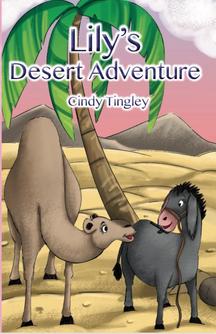 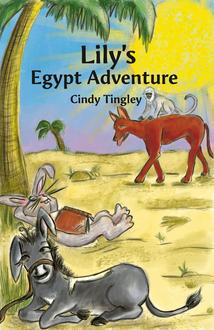 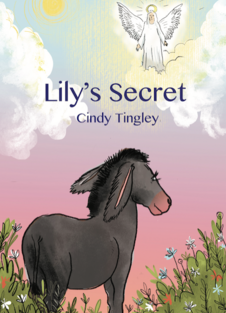 Author Cindy Tingley was born in a little village in New Brunswick called Point de Bute near the Nova Scotia border where she lived for 16 years. She moved around New Brunswick during her high school years finally settling in Fredericton.

After high school Tingley met and settled down with her partner and for many years they ran a farm, produced lumber and raised their own beef while working on rural community development projects.  She remembers being interested and excited about writing as early as eight years old but life was busy and writing only became a priority in more recent years.

She began writing the Lily series of children’s bible stories almost ten years ago and feels now is the time to re-ignite the message of bringing peace to a fractured world. Lily’s Secret is the first in the series.

Tingley has lived in Halifax since November 2013. Along with writing every day, she likes to drum, sing (she was with the You Gotta Sing Chorus in Halifax for 4 years), walk and hang out with good people who raise her up.

Lily's Desert Adventure, the second in Tingley's children's bible story series, launched on November 1, 2019, All Saint's Day. It is available  on Atlantic Books Today, Amazon.com (and other Amazon sites), Indigo-Chapters, Barnes & Noble, Waterstones (UK) and others.

Lily's Secret launched on December 30, 2017, in celebration of the Feast of the Holy Family, and is now available on Atlantic Books Today,  Amazon.com, Amazon.ca, Indigo/Chapters and Barnes & Noble. Or, visit your local bookstore and ask them to order it for you through Ingram's retail catalogue. 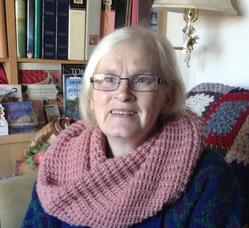